Pete Huthwaite (CEO) once said "The only way to tell a Female hockey player from a Male hockey player is from the pony tail hanging out from under the helmet".
This league is for Women who are looking to advance to the 2018 USWHL (U.S. Womens Hockey League) pro hockey league.

The Michigan Hockey League (MHL) is an independent women's hockey league providing opportunities for hockey talent to play junior elite while maintaining their amateur status.  It is the ONLY Women's Junior Hockey League in the U.S.  Play will begin in November 2017 in Flint, Port Huron, and possibly Lapeer.  The teams are the Port Huron Ice Cutters, Detroit Gamblers, Flint Arrows, and the Lapeer Coyotes.  There are only 84 spots available for the 4 teams with each team carrying 12 skaters, 6 defense women, and 3 goaltenders.  Each team will carry a 4 player 'taxi squad".  This is a "Pay to Play" League.

The MHL is a unique opportunity for players who have been overlooked in all other leagues.  The MHL will award scholarships to the Leagues best Goalie, MVP, Highest Scorer and Best Defense woman.  There are opportunities for advertising on all of the jerseys, pants since the league owns all the teams. MHL expects local radio and television coverage for games.  MHL ownership will eliminate any bickering so that the players come first and the Michigan Hockey league can have future expansion all across Michigan.  The league will be operated by the Board of Governors headed by Peter James Huthwaite. 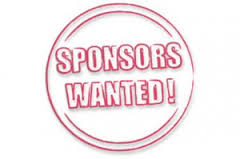 Note: We are now accepting applications for MHL Sponsors !

This is a staging environment for testing purposes — no orders shall be fulfilled.